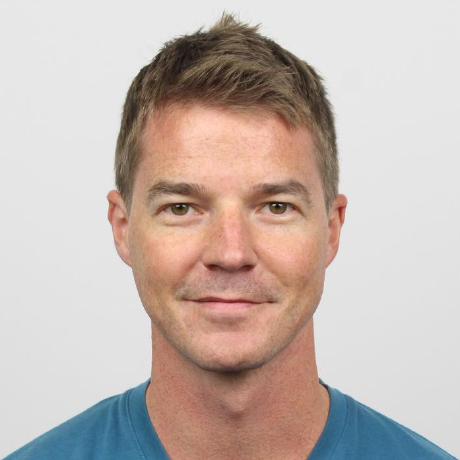 Over almost two decades at Microsoft I have worked on a lot of stuff. While shipping great products and features makes you feel great, I’ve found removing the terrible stuff is far more satisfying. Nothing brought me more joy than killing the Windows Desktop Cleanup Wizard. 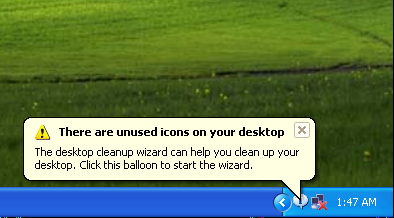 Many will recall, and not fondly, that annoying balloon tip that would pop up from the system tray in Windows XP. While it was distracting it was also confusing for those with no icons on their desktop aside from the Recycle Bin. Microsoft’s own design docs call it out amongst the Windows XP Hall of Shame for “annoying, inappropriate, useless, irrelevant notifications”.

The Desktop Cleanup Wizard first appeared in late 2000 during Windows XP development and was referred to internally as the folder cleaner (fldrclnr.dll). I removed the code late in the Windows Vista product cycle. Digging around recently I found the code change:

Unlike big game hunters who can hang their trophies over their mantel to humble brag to their acquaintances, this blog post will have to do.

It has been 13 years since the code has been removed and 5 years since support for Windows XP ended. Yet, I still see the little bastard on old point of sale or tv displays every now and then at the mall or the airport. The reality is it will outlive us all.

After going through the code changes some more I found that my friend Aidan Low had removed the infamous balloon tip almost a year prior to my change that removed the feature entirely. Ah well.

You may also enjoy

Shortly after I released SmartRename I discovered that some people at Microsoft were bringing back PowerToys. I moved a copy of the code over to their repo ...

I just released a new Windows Shell Extension - SmartRename. It allows for simple search and replace or regular expression bulk renaming of files and folder...

In my previous post I showed how to use a cheap Arduino to connect wirelessly to a Mitsubishi heat pump to control its settings. Yet, it still took some wor...

I recently installed 4 heat pumps in my house to provide heat in the winter and AC in the summer time. While the weather year round in Seattle is fairly ple...